I do not think we have the will to really “win” a counterinsurgency fight in Afghanistan. Winning means destroying the Taliban’s ability to excerpt control over the population. There are two ways to do that; by Annihilation of the fighting leadership (and most the rank and file) thus destroying their ability to resist or by Exhaustion which requires the patience to keep fighting until the Taliban tires of war. Exhaustion favors the strength of the Taliban and will not work which leaves the annihilation strategy.

Western armies are not capable of fighting battles of annihilation despite the proven effectiveness of the strategy. Sri Lanka used it to defeat the competent, aggressive and professional insurgents from the Tamil Tigers. We would not consider it because the politically correct military formations of western nations will not take the heat for killing on an industrial scale.  They will be  forced to consider the tactic when international Jihadist attack with a radiation bomb or a bio weapon. The west will not get serious about our war with radical Islam until they inflict another horrific mass casualty event. 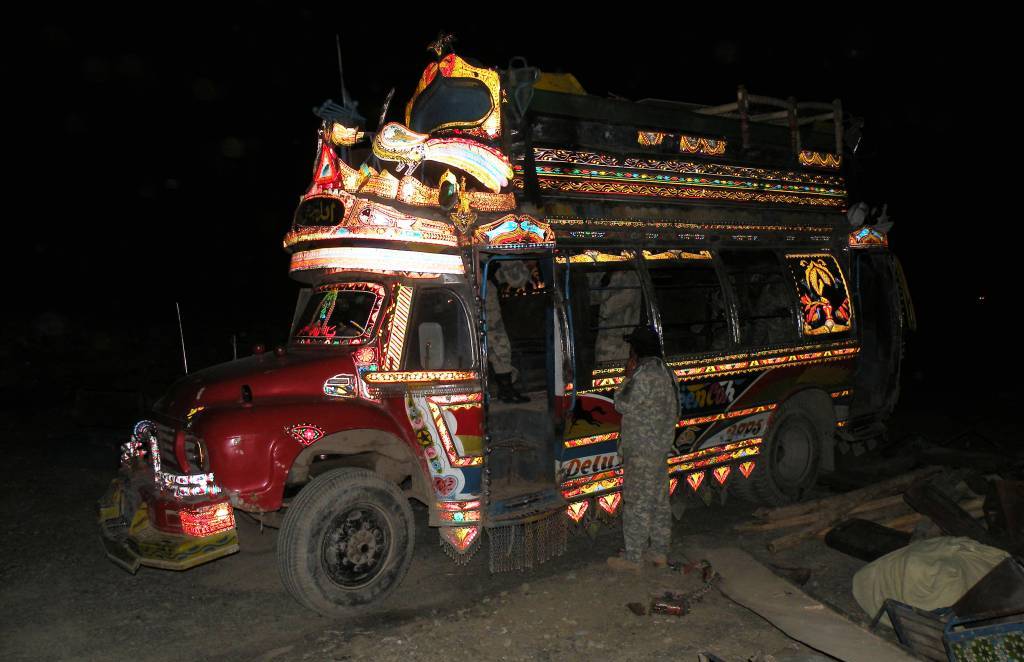 Taliban demolition smugglers or low level black market types?So we are stuck with a battle of exhaustion. We have been at it for eight years and we are the only ones getting exhausted. Nothing about the new “surge” plans seems to indicate a change in how we have been fighting this conflict to date. The Taliban are a movement born of from the Pashtun people and it is, to some extent, embedded inside the Pashtun culture. A simplistic “hearts and minds” approach ignores some basic realities about the Pashtun people best expressed in an excellent paper by Australian General Justin Kelly which I found from a link on a Belmont Club post.

“A hearts-and-minds approach is predicated on the proposition that we foreign, Western, culturally Christian, invaders can persuade a sizable proportion of the Pashtun population to cut themselves off from their cultural roots; subject themselves to an equally foreign and incomprehensible form of government resting largely on the customs of the tribes of pre-Roman Germany; and abandon their cultural birthright of unrivaled hegemony over “Pashtunistan”. To do this we offer some new buildings, some cash and more reliable electricity none of which have been important to them so far in their history. Attendant on these “inducements” of course is the removal of their ability to generate cash by farming poppies and the destruction of cultural mores the subjection of women and the application of traditional law for example that define them as a cultural group.

The evidence from Afghanistan today is that the bargain being offered is being rejected. Peace and prosperity are growing in those areas populated by ethnic minorities for whom the Afghan state provides a shield against Pashtun dominance but is being rejected in those areas in which Pashtuns are predominant. On this basis, “hearts and minds” is bad strategy because the willing acceptance by the Pashtuns, who are the soul of the insurgency, of the governance of a truly foreign state, parliamentary Afghanistan, is unattainable. Apart from it being highly unlikely to work it is also, however, bad strategy because it exposes rather than shields our critical vulnerabilities.”

The first step of any counterinsurgency campaign is to bring security to the population so that infrastructure can be developed. We have not been able to do this in the south, southeast, and eastern regions of Afghanistan. In the remainder of the country we conduct all operations (security and reconstruction) as if we were operating in a war zone. That costs us the respect of local peoples and a ton of money to pay western security contractors. There is no reason to purchase to end armored SUV’s and western security contractors to provide “security” in areas which we know to be secure.

Adding to that problem is our continued backing of a central government which is more a problem than a solution. That too costs us credibility in the eyes of the local people. That is why in my last post I advocated focusing on regional governing capacity, executing the current provincial reconstruction plans and going while leaving behind a robust military training and advising cadre.

Here is an example of a serious shortfall in our current approach to counterinsurgency fighting. The vehicle pictured above was stopped by the American army and Afghan border police at the Torkham border crossing. The army had been tipped off about a number of trucks bringing explosives across the border and this was one of them. The truck contained hundreds of pounds of Emulite, a commercial grade (5700m/sec burn rate) bulk emulsion explosive, nonelectric blasting caps, time-fuse and detonation cord. I can tell you with near certainty the explosives were headed to a black market dealer servicing road building or mining contractors.

Good industrial demolition material is impossible to buy and almost impossible to import into Afghanistan. Construction companies who didn’t do the math correctly when they ordered their demolitions will pay a king’s ransom for commercial explosives before taking the time and effort to import more. Requesting emergency authorization to import explosives brings the inevitable risk of daily performance penalties because the Afghan Government then knows you’re not blasting rock. I suspect the family in that Jingle Truck were from a marginalized smuggling tribe trying to break into the black market for construction grade demolition. Those are the kind of people who get dimmed out in Afghanistan. It’s always business – never personal.

The MK 7 anti tank mine is designed to kill tanks; our armored vehicles do not stand up to them well and it seems to me allowing even one across the border is unacceptable. We should have both drug and bomb detection dog teams on the border every day all day. That would take contractors because it would take a lot of dogs but you can set them up in a UN MOSS compliant compound for pennies on the dollar of what we spend on FOB bound units (both civilian and military.) But we don’t and it is impossible to believe that our inability to be proactive on that critical border crossing is not costing us in damaged vehicles and damaged personnel.

The MK 7 mine above was rigged to be command detonated but only with 100 meters of det cord so the trigger man would have had to be very close in to activate it. As I wrote here the best technique for detecting these types of mechanical ambushes is using local scouts on motorcycles. They are not heavy enough to detonate pressure plate triggers on anti tank mines and are able to poke around any areas which appear to offer cover or concealment to trigger men. Using local guys provides a certain amount of protection in insurgent plagued areas because they know the ground and the people.

We need to start thinking through in Afghanistan if we are to have any chance of leaving with our heads held high.