It has been a long time since we have seen a crazy contractor story from Afghanistan.   This story, about reckless security contractors,  popped up in the news yesterday, saying “...Private Afghan security guards protecting NATO supply convoys in southern Kandahar province regularly fire wildly into villages they pass, hindering coalition efforts to build local support ahead of this summer’s planned offensive in the area, U.S. and Afghan officials say.”

Well now, I have gone on record as saying security contractors don’t do those sorts of things only to find that maybe they do.   Look at this quote from the linked article,   “Especially as they go through the populated areas, they tend to squeeze the trigger first and ask questions later,” said Capt. Matt Quiggle, a member of the U.S. Army‘s 5th Stryker brigade tasked with patrolling Highway One, which connects Afghanistan’s major cities.” The 5th Stryker Brigade has had some problems with “escalation of force” issues recently so I thought this was an attempt at a little deflection.   I gave The Bot a bell to see what he had heard; The Bot is spending this fighting season in the south and is pretty clued in.   It turns out he has heard the same thing; this story turns out to be true.

The military personnel quoted in the linked article correctly point out that the shooting of innocent civilians makes their job harder.   That cuts both ways; most of us working outside the wire have learned to deal with blowback when ISAF inflicts collateral damage during kinetic operations or in escalation of force shootings.   I am with the military guys on the consequences of allowing people to shoot indiscriminately at unarmed civilians.   The key word in that last sentence is “allowing.”   These contractors are protecting NATO supply convoys.   NATO is the customer who wrote the contract and hired the guards.   They fund these people and can instantly de-fund them, eliminating the whole problem.   The customer is responsible for what these guards are doing and they are obligated to put a stop to this behavior.

The Bot told me the company responsible for this conduct is an old one which I thought had long ago gone out of business.   The founders are awaiting trial in the United States and their offices in Kabul were once raided by the FBI who carted off their records and computers.   It appears this company is now an Afghan owned and operated business.   How can a company like that get a NATO supply escort contract?   I’m not too sure, but will say that the pressure on contracting officers to accept the lowest bidder, while favoring Afghan companies ahead of international companies when at all possible, is a big part of the problem.   The bigger problem is the contracting process.   The contracting officers supporting the military come from their own command and have no relationship with their “customers” (the supported military units) other than that established after they arrive in country.   They have no ability to monitor performance, are overworked, under-staffed and afraid for their very lives least they do something wrong, or be accused of improper conduct.   There are many stories of contracting officers committing suicide after it was discovered they took a bribe.     Infantry officers can deploy here and become legends doing feats of combat daring-do.   The best thing that can happen to a contracting officer is that he leaves here with everything he had before he came. Being a contracting officer is a crap job and crap jobs in the military are supposed to be assigned to competent junior officers as a collateral duty to teach them humility and grace under pressure.   The way the American military does contracting is perfect for building large bases and expensive airplanes in the United States but it is not working here…. not even close. 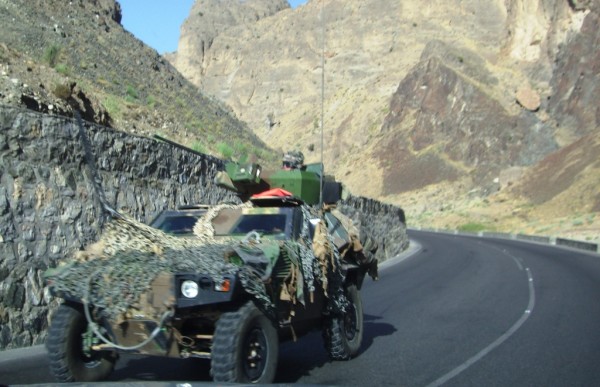 Post-World War II discussions with German officers revealed that, so far as their WWII predecessors were concerned, one of the major strengths of the American military was the ability to adapt to complex, dynamic combat situations by making bold and necessary changes.   We are trying to make some bold course corrections here but the fundamental weakness of clear, hold and build strategy lies in the fact that the military commander responsible for the clearing and holding phases of the combat operation in a given district lacks the assets essential to accomplishment of the fundamental operational objective, the build phase.

I don’t believe the military wants this responsibility and I don’t blame them.   The problem is the military and the governmental agencies tasked with post-conflict development in Afghanistan stand on the brink of failure.   Something has got to change and the only agency who has demonstrated the ability to handle post-conflict development is the Department of Defense.   Every other US government (USG) agency assigned to help in this task is failing.   The military needs to do here what it did in Iraq, which is take over the damn thing and get us back on track.     However it is clear that the Pentagon has not realized this, and is not adopting to this fact.

The recently concluded 2010 Quadrennial Defense Review (QDR), is the legislatively mandated review by the Department of Defense of the country’s longer-term defense requirements.   The QDR is supposed to couple strategy to military capabilities for not only current conflicts but to also develop force structure tailored to future threats.   The problem is that to the Pentagon, future threats always look like the threats of the past because the QDR’s always recommend that the force structure be cut evenly across the board.   The Air Force, Army, Navy and Marine Corps end up with about the same percentage of the defense dollar that they had when QDR’s started some 20 odd years ago.   So we end up with a force structure designed to fight a peer level threat.   Thus, the force designed to fight the Cold War has become the template for American military force structure, regardless of the fact that a peer level threat is the least likely problem we will face over the next several decades. 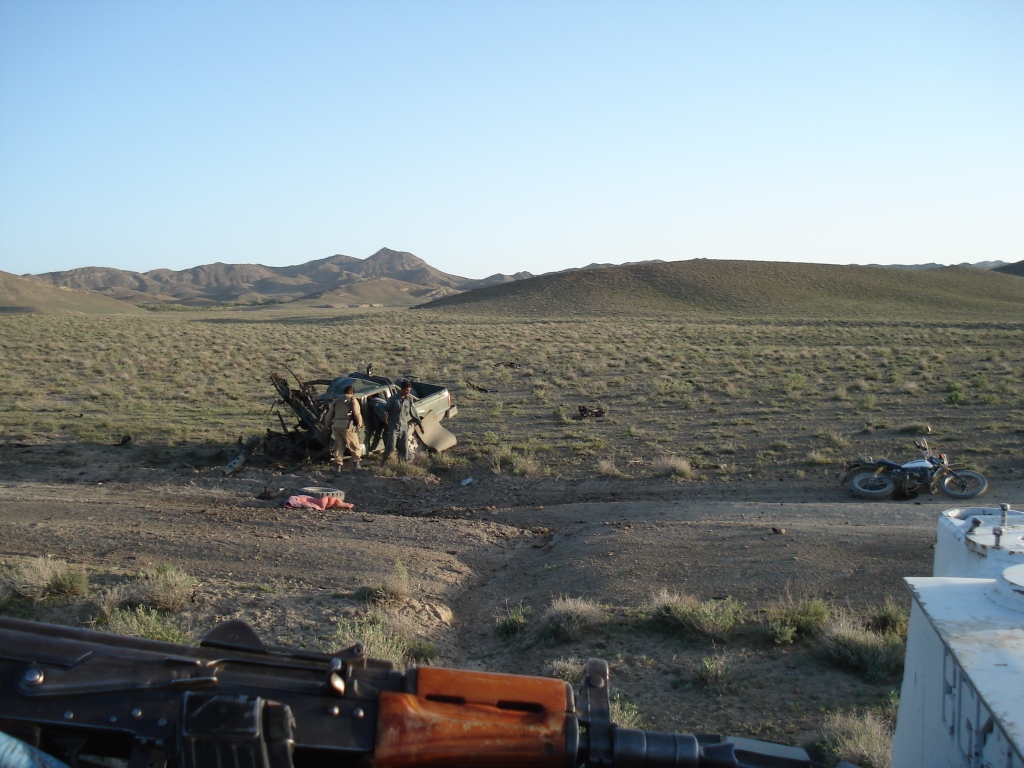 General McChrystal has shut all the fast food joints down at the Kandahar Airfield in preparation for the coming offensive, because he needs the room to bring in more forces.   There are currently  over 20,000 military and contractor personnel there supporting units in the field, which number around maybe 2000 troops on a busy day.   I guess that number is to increase significantly, but bringing in  more fobbits at this stage of the game is pointless.   Somebody needs to stop worrying about how much beer the Germans drink, how many fast food concessions are on the super big box FOB’s, who is walking around the FOB’s without wearing eye protection and which soldiers are out on operations without wearing all their Land  Warrior experimental bullshit, and start focusing on the Taliban, the Afghan people, and how to separate one from the other.   The future of war for the rest of our lifetimes will feature very little peer to peer wars, pitting one state against another, and a lot of what we see in Afghanistan, which is battle in the daily context of everything else.     The United States needs to develop the force structure to function in this kind of an environment and the proven solution would be to grow the Marine Corps (who has the mission of expeditionary warfare) and couple to them a contractor-based organization which would be just like the old East India Company, but different. Different in the sense that it works directly for the Marine Corps as armed reconstruction implementers and project managers.   The natural choice for the management side would be guys like me, retired Marines who are well known to the commanders and have to answer to those commanders for everything they do and fail to do,   just like they did on active duty.   Project management of that nature coupled with implementers who work just like Team Canada is working now would make lines of authority and accountability clean, simple and efficient. 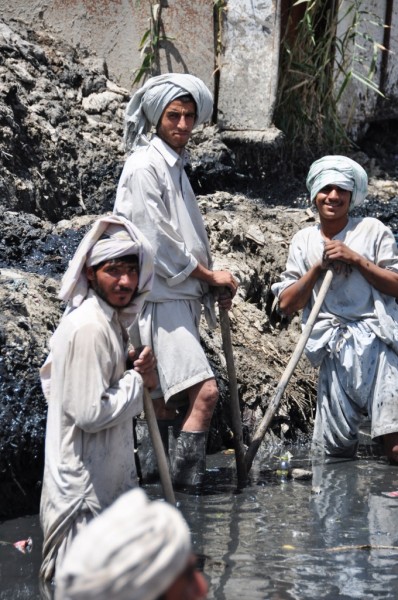 There is a group of rogue contractors working the border from Spin Boldak to Kandahar who are apparently shooting small arms indiscriminately.   They are an all Afghan crew, off duty ANP soldiers are working with them, and they are on an ISAF contract.   It is up to ISAF to put a stop to this and to do so immediately.   But they can’t because nobody seems to know who these clowns work for and how to apply the pain of liquidated damages or a CURE notice while finding one of the 33 registered security companies that have the ability to deploy armed internationals who can run the job correctly.       It is not that hard to find a model which can allow us to start gaining ground in Afghanistan, but it will require enormous amounts of intra-agency warfare to come up with a radical template tailored to address what to do when you have war occurring in the midst of everyday life inside an alien culture and far away from home.     This is a very complex problem with many variables which we do not know or understand.   Simplicity is the weapon to use in the face of uncertainty, which is why we have simple military principals, which should never be ignored or violated.   Unity of command is one of those principals and once we understand this and use  it to our  advantage, we will make faster progress.   The commander who is responsible for the Hold and Clear has to have the authority and ability to do the Build too – there is no other way.