The fighting season is rapidly ramping up to make this the bloodiest yet, which makes it the perfect time for President Karzai to go to Washington for a little face time with the Commander in Chief.   What is to be accomplished during this meeting is easy to predict: Not one damn thing. This article in the Washington Post explains why – here is a quote from it: “‘We don’t have a plan yet,’ worries the senior military official.” With the operation to clear Kandahar on hold, that’s a huge problem.

The Taliban have declared a major offensive targeting ISAF, the Afghan government, ANSF, and all internationals. The offensive is named  al Faath (victory) and it is scheduled to start tomorrow. Threats of this nature have come often in the past but this one is being taken seriously by Afghan security forces and internationals working outside the wire. But taking things seriously has not, as far as we can tell, resulted in changes to the daily routine of the Afghan Security Forces.

This is a pity because a more proactive approach is obviously required and I’ll explain how that could work  using the recent attack on the governor and provincial council in the previously peaceful city of Zaranj, which is the Capital of Nimroz Province. 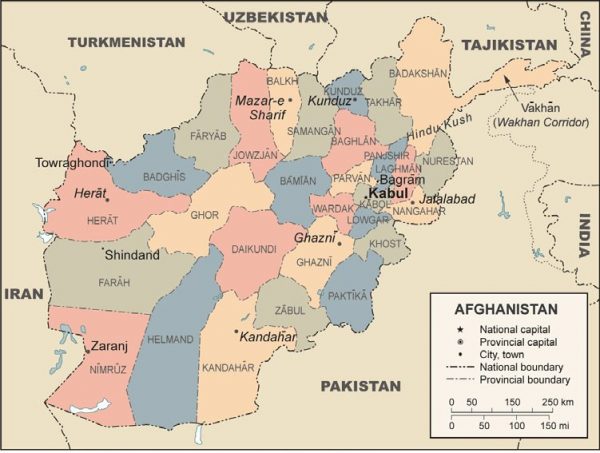 On the 5th of May at approximately 0930 a squad of nine Taliban fighters in two Toyota Corollas attacked the Nimroz Provincial Council office and the Governors compound. They attacked sequentially in what appeared to be a well planned raid.  All nine attackers were dressed in ANA uniforms, armed  with AK47 assault rifles, and carried at least one hand grenade. All nine were wearing suicide vests.

Mullah John Binns called from his compound in Zaranj that day announcing “the villains made a determined assault on the governors compound but were thwarted by reconnaissance failure and stout walls”. That was an exceptionally long statement from John so I perked up asking for details. He said he’s send a report and hung up. Our company, Central Asia Development Group, (CADG) was the only USAID contractor working in Nimroz province. The closest ISAF base was in the Helmand province but we knew Zaranj was one of the safest cities in Afghanistan and had no problems operating in such a remote location.

The raid force, who may or may not have been Taliban, armed opposition groups being prolific in the country,  had failed to confirm their target reconnaissance. They were forced to stop and dismount well short of their objective because most of  the roads into the objective had been cut (by us) so we could installation drainage pipes as part of a civic works project. Our road work created a counter-mobility barrier blocking their ingress from the south which was the direction of the villains, mounted in two Toyota Carolas  approached.

Five attackers from the first vehicle moved past this gate and stopped outside the entrance gate of the Provincial Council office where they engaged ANP (Afghan National Police) who were responding from the Governors compound to the south. There were also ANP units arriving to the north of the attackers on the street pictured above.

One of the villains detonated his suicide vest to clear the security stationed at the gate of the Provincial Council’s office complex. The remaining villains rushed inside the compound firing into the council offices from the outer windows.

At least one ANP guard was inside the building returning fire and many of the council members also started to return fire with their sidearms. One of the attackers was killed during this portion of the attack. The attackers then threw in a hand grenade (which detonated under a stairwell sending the frag back at the attackers) and turned their attention to the Governors compound.

Now things start to get really crazy.   If you look at the google map above, you can see where the second corolla pulled up and emptied out four more fighters. The second vehicle was stopped well short of the Governors compound by a recently installed road block that I believe the Marines had recommended and paid for as part of a security assessment they made when Nimroz fell under their area of operations in 2009. By the time both assault teams linked up there was organized effective fire coming at them from the Governors compound to the south and ANP troops arriving from the north.

Their second vehicle – which was probably rigged as a vehicle born IED was unable to make it into the fight and retreated, so the raiding party was stuck and had to come up with a way to close the final 300 meters.  They did what all suicide vest wearing raiding parties do – they started breaching the walls of compounds adjacent to the Governors place by throwing themselves against the wall and detonating.

As the raid force breached each wall they moved into the compounds looking for a way to the Governors office.   They did not fire at the compound owners or their families. Once in the first compound and out of the line of fire of the ANP, another attacker blew himself up at the doorway of an adjacent compound.

At this point the assault squad is down to four men and they had a mighty big wall to get through. Obviously these guys were not disposed to alternative courses of action – I guess when you strap on a suicide vest everything around you looks like a target.  So hey diddle diddle straight up the middle they went.

The attackers never made it into the governors compound and the fighting ended with the suicide of the last surviving attacker. This attack was typical for the various armed insurgent groups in Afghanistan. The planning seemed to be good the execution was amateurish with poor gun handling, poor grenade handling, poor marksmanship, and no branch or squeal planning being the defining characteristics. As soon as the attackers found themselves cornered or stymied by an unanticipated obstacle they blew themselves up.

The attackers were reported to be younger males, not Afghan in appearance, with red faces and Pakistani-style shoes. Some witnesses believed them to be Pakistani, others Iranian. They were wearing ANA uniforms and all nine had Suicide -IED vests, AK47s and at least one had a grenade.

There are several theories amongst the more credible local nationals (LNs) who are familiar with all the facts of the attack. One theory is that this was an attack staged by Quetta Shura Taliban. The Nimroz Governor had recently been in the media pointing out that  Zaranj had not had one Taliban incident in the past year.

Another theory held by many if the attack was perpetrated by Iranian elements trying to further destabilize Afghanistan. There is has also been a recent war of words between Iran and Afghanistan regarding water rights and a hydro-electric project. Several locals reported that Iranian closed the Milak/Zaranj border crossing the day of the attack and the day before.

One thing is certain and that is it is easy – really easy to preempt these kinds of attacks with the proper deployment of ISAF troops.  Everyone of these attacks occurs during the morning hours.  Everyone of them involve bad guys wearing ANA or ANP uniforms and suicide vests being delivered to the objective by small private cars.  All it would take to stop these kinds of attacks would be deploying joint military/ANP patrols in the neighborhoods but here is the catch – MRAPS won’t work.  They are too big, the people inside cannot see, smell, hear, or feel anything outside of the massive iron MRAP.   Plus the damn things would tear out the electrical wires in 97% of the suburban streets in Afghanistan.

Preempting Taliban attacks in the cities and larger towns means Americans and Afghans riding around in the LTV’s (light tactical vehicle to the military; pick up truck to the rest of us) where they can see, hear and observe the local environment while applying the rule of opposites. This they can do in theory but not in practice because of “force protection” rules laid out from on high.

So tomorrow is al Faath day which may or may not bring some more of these attacks. I’m in Jalalabad and too worried about it but you know what would really make an impression?  Seeing the Afghan and US Army out in force tomorrow morning manning checkpoints and driving around the neighborhoods looking for things which are exactly opposite to what they expect to see.   If we are supposedly focused on the population then the population should actually see us being focused on them and being proactive during times when the villains are up to mischief.  Flooding Jalalabad with a few hundred of the 7 to 8 thousand troops in residence outside the city would do wonders for the morale of the  population we are supposed to be protecting.  But the chances of that happening are zero.  The concepts of “COIN” and “population centric” operations all you want but it means nothing to the population. Actions always speak louder than words.