The Trump administration is casting about Europe in an, as of yet, un-successful attempt to find more troops to deploy in Afghanistan. As they ponder future force levels in that country the one idea that never dies is adding more special forces to the mix. That will not work; in fact what they should do is remove the remaining Special Operations Forces (SOF) units from the fight entirely.

FRI favorite Herschel Smith at The Captains Journal recently posted on the over-use of special operators where he contends the repeated use of SOF is a symptom of the loss of fighting capacity in the general purpose force. Long time readers of FRI know I’m a big fan of the Captains Journal; Hershel has a no-nonsense, direct style of writing that appeals to me and the thousands of loyal followers he has accumulated over the years.

One of the big selling points of Special Forces is their alleged competence in unconventional warfare and foreign internal defense. These are two of the five missions (the remaining being special reconnaissance, direct action and counter-terrorism) that require specialized language skills and deep understanding of the host nations culture. The performance of our special forces in Afghanistan over the past 16 years have proven these alleged core competencies are marketing hype designed to attract money from Congress and talent from the segment of our population who can qualify to serve in the armed forces.

Example #1 for my case is this screen grab from the TV series Profiles From The Front Line (episode 5). Here it is: 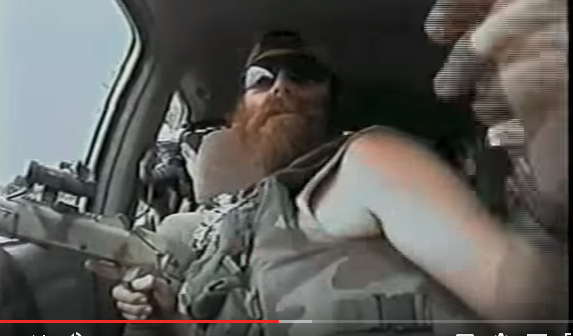 What you are looking at is an SF A team commander who is wearing his body armor over a cut off tee shirt. He is going into a village he doesn’t know searching for an alleged high value target (HVT) who is known to these soldiers as ‘Red Beard’. He is operating in Khost province where every village elder dies his beard with henna; which is red….are you getting the picture?

The only way you could offend Afghans more than showing up bare chested and forcing your way into their compounds is to walk around naked. The level of cultural tone deafness on display (from an SF guy who is supposed to understand the culture) in the linked video is beyond my ability to explain. If I had showed up in any Afghan village (especially a remote mountain village) without wearing a long sleeved shirt and long trousers I would have never returned. Failure to respect the local culture is the first step in mission failure and SOF guys like this one have a 16 year (and counting) run of mission failure.

Now look at the picture I lifted from the Captains Journal post Abolish Socom: 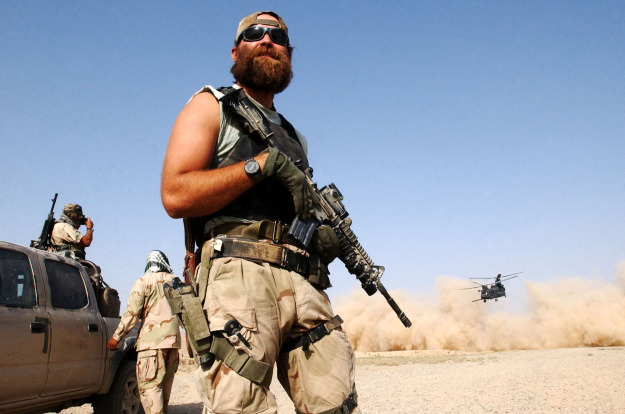 Same guy; proof that great minds think alike. Here is what Herschel had to say about the photograph:

If he is SOF performing direction action operations along with other SOF operators, then with the backwards ball cap, sleeveless shirt and lack of a uniform, he simply looks like an undisciplined thug.  Nothing more.  He doesn’t need to look like he does.  He has no compelling reason to appear thuggish and silly.

He does indeed appear thuggish and silly and while doing that he is sending a message to every Afghan he comes in contact with. That message consists of two words starting with the letter F and ending with the word you.

Around the same time that Herschel wrote the post linked above I wrote one on a 60 minutes segment called the Quiet Professionals. The post was titled Laura Does Special Forces and it was one of the more popular posts I ever wrote. This is from that post:

Want to know something our ‘elite’ SF guys don’t seem to know? Afghans don’t cuss. To call an Afghan a motherfucker (a word used frequently in every conversation by the American military) is a grave insult that would, in the local context, need to be atoned by blood. I cannot stress this point enough and if, during my frequent forays into the tribal bad lands, I used that word even in jest I would have been killed long ago. One of the secrets that I and my fellow outside the wire expats use in the contested areas is respect for local culture coupled with big confident smiles;  that’s why we are able to do what every USG expert contends cannot be done.

The way the SOF team in that 60 minutes video treated the Afghan Commando’s they were supposed to be training was deplorable. The soldiers displayed a complete lack of cultural understanding and were dismal failures at training their Afghan charges on the most rudimentary soldiering skills. Worse yet during one of the missions they conducted with their poorly trained Afghans one of the SF team members shot two children for reasons I found to be questionable. Read the post and you’ll see what I mean.

Last March I wrote about the introduction of SF teams into the Helmand province back in 2003. In a stunning display of cultural unawareness the first thing they did was offer bounties for ‘Taliban’ which resulted in the arrest and deportation to Gitmo of street orphans who had no family or tribe to protect them. This misguided policy was followed by the introduction of nighttime raids; a tactic that never resulted in any metric of success which is obvious as the Taliban grew stronger each year despite the constant loss of ‘High Value Targets’ to these raids. If your enemy continues to get stronger and take more ground while you take more and more of their leaders in dubious night raids how would you consider the tactic successful? I don’t know but we never stopped doing them which is a symptom of linear thinking in a nonlinear world.

Night raids enraged the Afghan population for what they considered a gross, cowardly, violation of their people which resulted in an unknown number of dead innocent Afghans. A grade school level of cultural understanding would have allowed SOF to predict the negative consequences of their night raid policy but they either didn’t know or didn’t care.

The Village Stability Operations (VSO) introduced late in the war were a joke. Only one SF officer (Jim Gant) had the balls and ability to do it correctly and he was done in by a chain of command who resented his success. Mimicking his methods was something his fellow SF officers refused to do because that meant no DFAC with it’s hot chow, unlimited ice cream and pecan pie; no cushy FOB with central air and nice bunks, no gyms to work out in, no internet and no crappy AFN TV to watch. I’m not making that up. The lack of amenities was sited the book American Spartan and several news articles as the reason Jim’s qalat in Chowkay was abandoned by the team that replaced him.

It turns out everything the SOF community said they could do they couldn’t do with the exception of night raids. And, of course, they can fight like demons; decimating any formation foolish enough to stand and fight them. That’s a good skill that should be directed at the other threats that have developed after 8 years of leading from behind. Marine and army infantry can do the same thing which was the point of the posts in The Captains Journal.

With an unending list of commitments that grows by the day in places like Somalia, Yemen, Syria and Iraq it is time to for the SOF teams to leave Afghanistan. Without SOF in-country the Afghans will not be able to launch operations into the countryside and thus will be forced to pull back into important towns and cities to guard them as well as the roads that are vital to the Afghan economy.

That would mean the Afghan government would control only the provincial administrative centers, the main roads and Kabul which, historically, is all the central government has ever controlled. Afghanistan is a complex problem that will never be solved by the American military who has always solved both tactical and strategic problems using linear thinking. If we remove our SOF units the Afghan government will be forced to do more talking and  less fighting with the various insurgent factions it faces today. That is the only rational way forward and although it will be painful in the short run it will result in an Afghan solution to an Afghan problem.

24 Replies to “Special Forces Are Not The Answer”