I have articulated a theory based on two known facts concerning the loss of our newest national hero, Droney McDroneface, to Iran last month. I based my theory from two known facts; the drone that was shot down was a demonstration model for a program that has been completed. It was, to the pentagon, an expendable asset, and it was shot down four days after arriving in theater.

To buttress my speculation I have  been searching the news for more information the cyber attack. What I have found was not what I was looking for.

First up is the New York Times and I have the perfect cartoon to set this up: 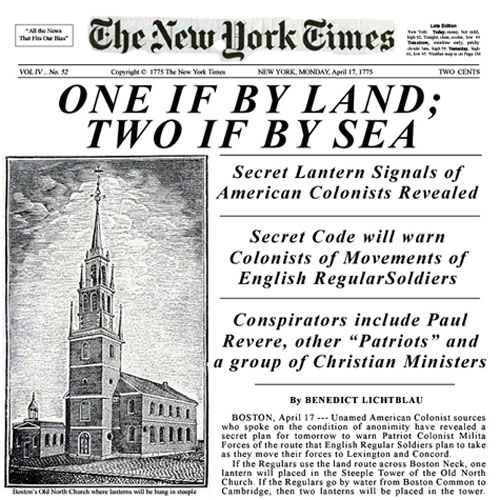 On February 13th the New York Times published this article: U.S. Revives Secret Program to Sabotage Iranian Missiles and Rockets.  The article was based on the current failure rate of Iranian orbital missile launches as seen in the graphic below: 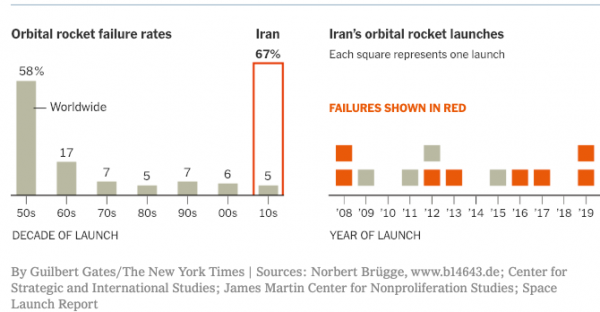 The article states that the CIA has been running a program for years targeting the supply chain for Iranian missile components. It  implied that allies such as Great Britain, France and Germany are cooperating with us on this program. There is something the observant professional knows to be true, but is rarely written about, and that is the CIA’s use of leaks to disseminate misinformation. when I read a story saying the CIA has gotten dozens of  parts manufacturers, in Europe (where the CIA is less popular than President Trump), to insert flawed parts into a supply chain,  I am skeptical.

The CIA historical record regarding human intelligence is spotty at best. An intelligence operation involving some many different people, firms, governments and international organizations would be an extraordinary achievement requiring  extraordinary evidence to be considered  believable.

Then I noted the insertion of legacy media spin as fact to enhance the believability of the story. Here is an example:

When Mr. Pompeo arrived at the C.I.A., there was relatively little nuclear activity underway in Iran. Most of Tehran’s centrifuges had been dismantled under the 2015 agreement, and 97 percent of the country’s nuclear fuel had been shipped to Russia.

There is not a shred of evidence to back that claim. The United States (and the UN) have no idea where the 8.5 tons of enriched Iranian Uranium, reportedly turned over to Russia, is currently located. Hit this link and you can watch youtube footage of Ambassador Stephen Mull, the Obama administration’s State Department lead coordinator on Iran, tell the house exactly that back when he was testifying before congress.

It is becoming increasingly difficult to tease facts from the media narrative.  The New York Times does some excellent, in depth reporting, but they have often been accused of publishing damaging national security secrets. Everyone in the game knows this, and it is another reason to doubt their sources are intentionally revealing real secrets. If I were concerned with information operations for the United States Government the first thing I would do is establish a reliable back channel feed to the New York Times. That way I could get them to print deception pieces when I needed that done. It’s not like it’s hard to get a bite from the press these days; any Orange Man Bad angle will do.

Digging deeper into the mystery of Cyber Warfare I turned to my facebook buddy and managing editor of the Lima Charlie website, John Sjoholm who just published Cyber Warfare Now – Tales From the Digital Battlefield.  John is a former Swedish Army Ranger as well as a contractor who I consider a trustworthy source, particularly in the cyber warfare realm.

I was working my way briskly through the piece thinking it was great stuff (and it is an excellent read that I recommend highly) when I ran into this:

One of the premier Russian hacker signatures, Guccifer 2.0 has been tied to the GRU as well. Guccifer 2.0 became known for the so-called “DNC Hack”, the 2016 Democratic National Committee email theft which appeared on Wikileaks.

In March 2018, details from the Mueller investigation leaked attesting that Guccifer 2.0 was in fact a collective of persons working for GRU’s Unit 26165 and Unit 74455. This after server logs revealed that on at least one occasion someone utilising the Guccifer 2.0 persona had failed to activate a Virtual Private Network (VPN) to obfuscate his IP address. It was then revealed to investigators that his connection originated from a computer at the GRU headquarters on Grizodubovoy Street in Moscow.

I don’t know John well enough to know his political leanings (if any) and I acknowledge that the Muller report may well make this claim. What I also know, for a fact, is the data breach on the DNC server was an inside job. The data transfer rates were too high. The narrative has always ignored this point which is how it finds it way into legitimate reporting by guys like John. This is from the website  Knowledge is Good:

The time stamps contained in the released computer files’ metadata establish that, at 6:45 p.m. July 5, 2016, 1,976 megabytes (not megabits) of data were downloaded from the DNC’s server. This took 87 seconds, which means the transfer rate was 22.7 megabytes per second, a speed, according to VIPS, that “is much faster than what is physically possible with a hack.” Such a speed could be accomplished only by direct connection of a portable storage device to the server. Accordingly, VIPS concluded that the DNC data theft was an inside job by someone with physical access to the server.

The truth is that Muller and the FBI never examined the DNC servers and have no idea what was or was not on them. The reporting concerning the data breach was done by a firm hired by the DNC. My assumption is whoever included the time stamp did not realize that it invalidated everything that followed regarding “Lucifer 2.0.”. But it did, and it is the one fact that cannot be explained away, so the narrative moves on knowing full well their story is false, but that you won’t care because Orange Man Bad.

For two years and counting the American public debate has been focused, by our media and elites, on a story concocted out of thin air, and paid for by the DNC, concerning the legitimacy of our elected President. While that has been happening our economy, stock markets,  and jobs have grown while federal taxes dropped. North Korea is not launching missiles over Japan or South Korea. Iran’s missile control systems are crippled, the European powers are escorting their own tankers through the Persian Gulf. Which caused the Iranian President to accuse the United Kingdom of being “scared” of Iran’s military prowess.

Things appear to be on a positive trend which defies the predictions of imminent doom, by our credentialed elites, featured prominently in the recent resignation of the British Ambassador to America. The reason President Trump is so popular with the American people is he is not a politician or one of the credentialed elite. He is getting things down while pissing off all the right people.

For progressives virtue signalling has replaced civic virtue. This is how open borders and giving free health care and a college education to any person in the world who wants to come here becomes acceptable rhetoric.