The Wolves, Sheep and Sheepdog analogy, coined by David Grossman in his book On Killing,  has gone viral over the years attracting a tsunami of positive reviews, clubs, blogs, and a ton of negative press. Type “wolves sheep and sheepdogs” into goggle and you’ll get 306,000 results in 0.79 seconds.  Scroll through the links and you will see how large and controversial the concept has grown over the years.

My knowledge on the topic comes from knowing David Grossman before he started the Killology Research Group.

I was introduced  to David Grossman during a visit to West Point in 1991.  I was an instructor at Marine Corps Infantry Officer Course and our group chief, Major John Allen, got us invited to West Point to exchange presentations at an after-hour military club ( I think it was a maneuver warfare club).  Major Allen had come from the Naval Academy to take over the Infantry Officer Course, so he knew how to wrangle invitations to military academies.

Most of my fellow instructors and I were just tagging along, Major Allen and Mike “Mac” McNamara were doing the presenting of our new decision making and staff development programs which they had just written. In return two instructors from West Point, a Captain named Richard Hooker, who had just published a well received anthology on Maneuver Warfare, and a Major named David Grossman, who was about to publish a book on the human factor in combat, gave presentations to us and the hundred or so cadets in the club.

Richard Hooker wrote a good book and was a decent guy, but David Grossman’s presentation was super intense. We had never heard of anyone probing the human factors in combat in such detail. John Keegan had first wrote on the issue in his famous book The Face of Battle but David Grossman was way beyond Keegan. He combined  historical research with modern psychology and synthesized a unique, compelling, explanation for how to develop proficiency in the primary task (killing the enemy in battle) and the price paid by the combatant for his time on an active battlefield.

As I recall most of us  spent every minute we could talking to David over the several days of the visit. Here is one example I remember well; we knew about the fight of flight response generated by a threat, but none of us had ever heard about the inter-species options of fight, flight, posture, or submission. As soon as Grossman explained it to us we could see it was legit. That was just one, minor, example of the fertile ground David Grossman cultivated in his groundbreaking work.

David was gracious enough to give us several copies of the manuscript that would become his best seller On Killing. I incorporated his ideas into the IOC close combat package and I was glad to have them because I was on the hook to come up with something original after Mac had revised the entire decision making program.

During his presentation Grossman went through his sheepdog versus sheep analogy (with attribution to an unknown Vietnam vet) in great detail. These days the sheepdog analogy has become controversial. It was featured in the movie American Sniper and here is an extract of Grossman’s work I found in a Slate article exploring the “Surprising History of American Snipers Wolves Sheep and Sheepdogs Speech<

The Slate article is amusing because the authors are alarmed at how far and wide the Sheepdog concept had spread. They think the idea is crazy, and I can see their point, Idid I too, at first. Being school trained reporters they (typically it seems these days) get the facts wrong. When discussing the origins of the Sheepdog metaphor they write: “Grossman crafted this analogy in response to 9/11 and the war in Iraq”.

David Grossman published On War in 1996.

David and I had a short conversation at dinner in Vegas after the course when he determined I wasn’t carrying. It was a one-sided conversation. I wasn’t carrying because it’s a pain and I shoot all day, everyday, so not having a pistol was nice and I wanted to drink some beer with dinner.

He  replied that carrying, given the proficiency I had developed and the training I had received over the years, should be considered an obligation. He said  I owed it to everyone around me to be able to employ lethal force, if required, to prevent trauma or loss of life. He then asked why I would willingly surrendered the one tool that would enable me to provide effective intervention to stop potential loss of a human life?

I understood what he was talking about and would like to say that, then and there, I corrected my selfish attitude on the matter. That’s not what happened, after talking to David that night I decided I wasn’t going to carry concealed anymore.<

Wake up, get dressed, holster a pistol and leave it there until you go to bed? That’s crazy talk and I also knew there is no upside to inserting yourself into a lethal force encounter. Even if the shooting is ruled justified by the jurisdiction involved there is a legion of powerful law firms who will file a civil case against you for a cut of the payout. You might win in civil court too, but you’re going to spend tens of thousands of dollars in the process.

I would not learn the lessons that David Grossman had taught me until I started working in Afghanistan as a heavily armed humanitarian.That’s what this blog was about when I started it eleven years ago.  I built, on time and on budget, in the most contested regions of Afghanistan, some massive projects. I carried a pistol from the second I got dressed until I went to bed. Because I understood weapons and also understood the dynamics of interspecies aggression I used my weapons on several occasions to de-escalate situations that were heading pear shaped fast.

Let me stipulate that what kept me safe in the remote, rural, contested districts were the Afghan people in those districts. In many places I worked I was the only westerner they had or will ever see. I traveled heavily armed to mitigate the risk of kidnapping or an attempt on the monthly payroll. Kidnapping and strong-arm robberies are not now and never have been confined to just Taliban. Criminal gangs avoid hard targets and my motto in Afghanistan was if you can’t be safe, be hard to kill (or kidnap).

I don’t believe I survived 7 years outside the wire Afghanistan because I’m good with guns. I survived because I am good with people and the Afghan people valued what I was doing for them. If the Taliban ever decided they wanted to take me out there was little I could have done to stop them. I know of at least one case when they were going to try (inside the town of Delaram at one of my projects) but the district governor and some local elders, and a mullah ran them off. I never knew about it until years later.<

I have adopted the Sheepdog standard knowing full well the chances of me every using a pistol in a lethal force encounter are slight.  I also know that if I am ever faced with a situation where a pistol could stop a perpetrator before he hurt or killed innocents, and failed to act ….. I would have problems living with that.

For me it, as it has been for David Grossman all his adult life, the Sheepdog decision is a decision to keep my honor clean*. 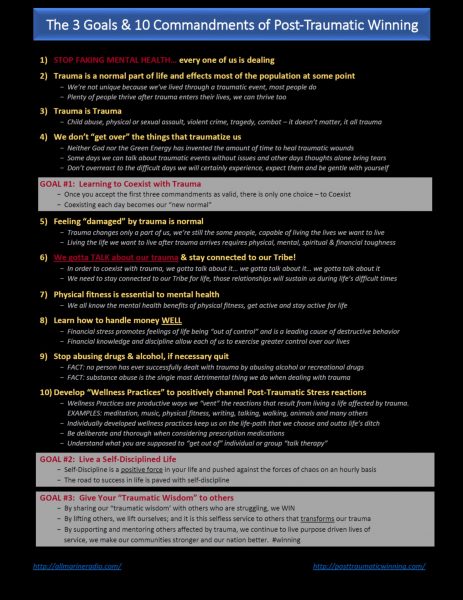 *Mike “Mac” McNamara, who presented a new tactical decision making class in 1991, is now the host of All Marine Radio. He has developed a Post Traumatic Winning program that is about to make him famous. The “keep your honor clean” reference is from his PTW presentation. Click here to find out more about Post Traumatic Winning.

4 Replies to “The History Behind the Wolves, Sheep and Sheepdog Analogy”