There is something about the current Wuhan virus response that is not adding up. The first case appeared in America on 17th of January, we then stopped direct flight from China on the 31st of January. From the time this pathogen surfaced in November until the end of January, there were daily flights from the Wuhan area to Seattle, LA, San Francisco, New York and Toledo, Ohio. This flu strain is unusually virulent and if that is true (which is not in doubt), by the time it surfaced in America it had already spread across the land.

Farr’s Law, named for British epidemiologist William Farr in 1840, states that epidemics, develop and recede according to a bell-shaped curve. This happens with or without human intervention. Farr’s Law undoubtedly is in play for the Wuhan virus.

Last Christmas my wife and several neighbors had a horrible flu bug that mimicked the Wuhan virus symptoms exactly.  She was miserable and did not respond to a Z-pack or a course of Levaquin our family doctor prescribed.

The bug she had was no joke, and when she mentioned my theory that the Wuhan had already washed through the population last Christmas her friends saw it immediately. She started hearing other stories about the Christmas bug that ravaged the Rio Grande Valley for a good four weeks. The stories all matched up to the symptoms for Wuhan virus.

The President’s early attempts to calm the situation were ridiculed as was his suspension of air travel to China. Then the narrative changed on a dime and the cancelations started with, as I recall, the Ivy League Universities leading the way. Once they did that every other major sports league (with the exception of the UFC) did the same.

The various leagues and venues that have closed had no choice, ignoring the experts advice and example would risk a devastating backlash if the Wuhan virus turns out to be as deadly as advertised.

But  Ivy League role in starting the current chain reaction of closing public venues is not a coincidence. The very experts who are on the TV daily had just  staged a Pandemic table top exercise. The response we are seeing is based off the dire predictions made in that exercise.

On the afternoon of Friday, 18 October 2019, the Johns Hopkins Center for Health Security, World Economic Forum and Bill & Melinda Gates Foundation hosted  a Virtual Exercise Called Event 201 and described as:

The pathogen used for the exercise was a COVID virus with properties similar to COVID-19. The exercise predicted that the virus would overwhelm the medical systems in North America resulting in catastrophic loss of life.

Tabletop exercises like Event 201 happen all the time, the fact that this one was played out a month before COVID-19 surfaced in Wuhan China is not that significant. What is significant is how different the current crisis is playing out compared to the one our experts war-gamed.

There were a seven recommendations made following the exercise (they can be found here). Every recommendation focused on the need for international cooperation with the free flow of information and people across national borders which is consistent with the ethos and vision of globalists like the Bill and Melinda Gates Foundation and other major donors, like Open Philanthropy . 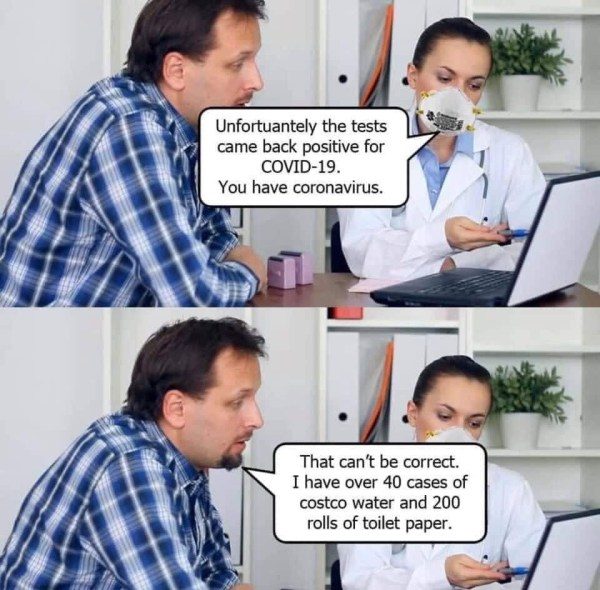 But our response to the Wuhan virus has been the exact opposite of the “viruses know no borders” narrative of Event 201.  Instead we (and the rest of the world) have closed the borders, rebuffed international offers of help and turned to the private sector to fight the virus ourselves.

The Centers for Disease Control was not up to the task of testing for or tracking the Wuhan virus and they were rapidly sidelined by the President. This was the exact opposite of  Event 201 in which the CDC and every other similar international organization performed flawlessly. The ‘experts” may have been surprised the CDC failed so spectacularly but this is expected from those of us who know and understand government bureaucracies.

When the CDC failed the President  went straight to the private sector, suspended regulations inhibiting the development and production of test kits and protective wear, and solved the testing problem rapidly. He then held a press conference with these Titans of industry and did a good job of calming frayed nerves. After his poor start briefing the nation last Wednesday night watching him get back into the grove was gratifying.

This is not playing out as the experts who ran Event 201 thought. Then, in another move a blatant dishonesty, on the same day that China launches an IO campaign to deflect criticism from them onto the USA, our legacy media decides the Wuhan virus is now to be called COVID-19.  Any mention of the word Wuhan was now racist and news anchors were getting apoplectic about this new muh racism.

As events across the land started to close. Governors and DC mandarins ran to the TV cameras to announce the draconian measures they were going to take. These pronouncements have to moldy scent of Virtue Signalling. The men and women making these decisions have themselves, no skin in the game.  Regardless of how long this lasts or how bad it gets the people running Ivy League institutions, the federal legislatures, state governors and the media infotainment complex insiders – all of them will weather the storm just fine. In fact, most of them will make millions off  low interest rates while buying blue chip stock at a significant markdown.

You and your family? Not so much.

“I don’t claim to know what’s motivating the media, but, my God, their reporting is absolutely reprehensible. They should be ashamed of themselves. They are creating a panic that is far worse than the viral outbreak. The bottom line, everybody, is to listen to Dr. Anthony Fauci of the CDC [Centers of Disease Control and Prevention]. Do what he tells you, and go about your business.… Stop listening to journalists! They don’t know what they are talking about!” Dr. Drew Pinsky commenting on the media yesterday (17 March 2020)

An anonymous  source quoted in The Spectator points out the only salient (and obvious) fact now which is:  “We know the numerator (the number of deaths), but we don’t know the denominator, which is the number of people who have been infected by COVID-19. And without the denominator, we have no way of estimating either the spread or the fatality rate of COVID-19.”

That bothers me and it should bother you too, but at the moment there is nothing to be done except hunker down, avoid panic shopping, and wait to see what happens. How long Americans will tolerate these measures will be interesting to see.

There is no reason to think that this time the experts warnings about a catastrophic event are correct. They have a perfect record of being wrong with every prediction in the past because their models are incapable of predicting complex events reliably.

When the people discover that once again, they were manipulated by a partisan press, compromised academic shills, and virtue signalling politicians there is going to be hell to pay.  When the dust settles maybe we will de-couple science from politics and even dismantle the narrative driving legacy media.

It is time to keep your head down, and your powder dry. Courage and cowardice are contagions and few of our elected leaders seem to operate with an abundance of courage. Their default is finger pointing, name calling, and blame shifting. The rest of us should refrain from that behavior and focus on helping, not panicking our neighbors. When this emergency passes we may be able to hold incompetents to account but for now all we can do is what we do best; refuse to panic.

8 Replies to “Apocalypse Not: The Fear of COVID-19 is Unwarranted”