We were under UN restricted movement routine last week (for the first time in five years) which provided the opportunity to digest a report from The Afghanistan Study Group entitled A New Way Forward. This report was great news for me because if think tanks are paying big bucks to people who write so poorly and know so little then maybe I can get a job in America and stop spending 11 of every 12 months out of the country. Any think tankers out there who have an opening drop me a line – I’ll be your huckleberry.

Fortunately I don’t have to take this report apart as a genuine regional expert, the formidable Joshua Foust, has already done that over at Registan.net.  Take the time to read his post here; it is, as usual, well written and spot on. With the heavy lifting already done I wanted to focus on the one part of the Study Group report which I find alarming and that is the amount of money being spent.  This is from the summary of the Afghanistan Study Group report:

The U.S. war in Afghanistan is now the longest in our history, and is costing the U.S. taxpayers nearly $100 billion per year, roughly seven times more than Afghanistan’s annual gross national product (GNP) of $14 billion.

100 Billion US dollars per year. That level of expenditure will not be sustainable for much longer so in the spirit of offering solutions instead of highlighting problems I am going to try and articulate a real New Way Forward.  The first step to limiting the amount of money being spent while reducing the number of troops deployed in theater is to eliminate the Provincial Reconstruction Team (PRT)  program.  PRT’s are based on FOB’s, staffed by hundreds of personnel and completely focused internally.  The commander of a PRT who is often an officer from the Navy or Air Force will get one fitness report (FitRep) in his/her career where they are commanding troops in combat.  The problems that would prevent these commanders from getting a superior fitness report (which is the only way they will be promoted and retained in the service) are all things that happen inside the wire. Sloppy admin, poor vehicle maintenance, problems with CMS (classified material storage and handling) lost gear or (heaven forbid) lost weapons, excessive boy/girl drama, failure to conduct required annual training like suicide prevention, sexual harassment, AIDS awareness (to name just a few) and problems getting mid to senior level NCO’s to professional schools….all these things and many more will ruin a FitRep. What will not ruin a Fitrep is failing to accomplish anything of significance outside the wire which is the primary mission of the PRT’s. The reason that is irrelevant is because there is no way to measure what is happening outside the wire with any precision because to know what is happening outside the wire one has to be outside the wire and riding around in hermetically sealed MRAP’s doesn’t count.

This story published last month in the Danger Room blog is a great  example. Nine years into the conflict and a group of soldiers are just now bringing their tech skills to bear in order to gain cooperation from villagers located just outside the wire from Bagram. Captain Balan (pictured above)  is a 55 year old reservist who is trying something new because past experience taught him the regular “Key Leader Engagement” techniques yield nothing. He is using his civilian techie skills to engage the villagers in another way. Read the article and note how after visiting the village he is all psyched up to go back and tune up their computer lab. This is what I mean by letting our troops loose to stay outside the wire and develop the situation using their initiative, drive and skill sets. But again there is a huge problem illustrated in the picture above and that is the body armor, rifles, security team etc… when it is right outside the wire from the biggest base in Afghanistan. Compare and contrast what you read in the article with this:

In August of 2010 American soldiers are taking baby steps within a stones throw of the Bagram Airfield but two years ago a bunch of grad student volunteers created a wi fi network which now envelops Jalalabad.  What do you think soldiers like Captain Balan could do if they too had the freedom of movement that we have?  I am willing to bet you would see massive amounts of projects like the one he is attempting all over the country which, in turn, would bring cooperation from the local people while letting the modernity genie out of the bottle.

Here is another example of spending massive amounts of money while bringing zero benefit to the local population:

In the past expeditionary base fire fighting was a collateral duty assigned to base troops just like it is with the crew on Navy ships.  Now we deploy federal firefighters to perform this task which is fine; federal fire fighters are useful individuals who attend multiple schools where they receive first rate training.  If we are going to spend over a million a year to deploy each firefighter we could get much more return on investment by letting these guys spend their days with the local Afghan fire and rescue crews. They don’t need some sort of high speed mission to accomplish daily – they could drive around and look for places where they can help out. They could be busy all day every day teaching people all sorts of useful things while spreading goodwill and good karma. Every night they could return to base where they would be available when needed in the event of a conflagration. They don’t need to be armed, they don’t need body armor, they don’t need a powerpoint mission brief, they just need to drive off the base and do it. If they needed experienced guides to make them feel more comfortable they could ask the ladies from the La Jolla Rotary Club who are here right now supporting the San Diego Sister City program.

There is nothing hard about finding “A New Way Forward” all that is needed is the application of common sense while allowing simple principals to guide the deployment of forces on the ground. I spent twenty years in the Marines preparing for contingencies like the one we face in Afghanistan. At no time did anyone ever suggest the way to fight them was to build FOB’s – store 90% of your deployed forces on those FOB’s and put those people to work slaving over powerpoint slides for the daily commanders update brief. Nor did we ever consider something as patently stupid as putting ship drivers or C-130 pilots in charge of reconstruction teams which have more equipment, personnel, money and a larger tactical area of operations then an infantry battalion. When you do that kind of thing you end up with The Helmand Food Zone Fiasco. Its time to send the PRT’s home and to give that mission to Ghost Team and other outside the wire contractors who operate in similar fashion. They are  accomplishing more while costing a fraction of a penny when compared to the PRT dollar.

Which brings us to a topic many of you have been asking me about and that is Koran burning threat by an obscure pastor who has a 50 member flock. Obviously the ruckus raised by our main stream media over this threat caused those of us in Afghanistan a lot of problems. However it is hard to take the Secretary of Defense or General Petraus seriously when they warn how inappropriate it is to burn this book when last year our military burned boxes of Dari and Pashtun translations of the Bible which had been sent to Afghanistan by a Christian organization. Why is it OK to burn the Bible and not the Koran?  The only person of prominence to address the Koran burning issue in a clear honest fashion was Sarah Palin who said this:

People have a constitutional right to burn a Koran if they want to, but doing so is insensitive and an unnecessary provocation much like building a mosque at Ground Zero.

As I listened to the response by our dinosaur media, military leaders, and President to the Koran burning threat I longed to hear them address this topic in clear honest language. This they cannot do and I am left with  just one conclusion. Our elites think the American people are stupid. They insult us with their Quisling like knee jerk reactions and selective outrage when talking about sensitive matters concerning Islam. Nobody needs to tell me how dangerous it is to burn the Koran in a highly publicized manner – my colleagues and I are at much greater risk from the fallout of that act than any military person stationed in Afghanistan.  But I’m an American citizen; I do not knuckle my brow, bend my knee or bow before any man for any reason at any time. 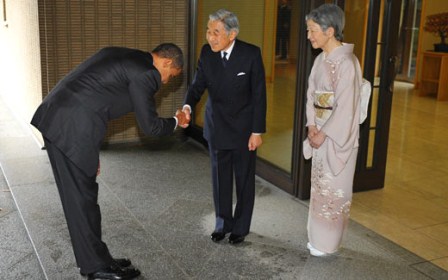 Nor do I selectively apply the freedoms granted to me by God and enshrined in our constitution. We are a free people but freedom requires eternal vigilance with the steadfast devotion to principle. All men are equal under American law, all religions are equal too so none deserves nor can be granted special status or consideration. Why is it our ruling class elites and their henchmen in the media have forgotten this basic component of the American way? When I explain my view to the Afghans I work with they understand exactly what I am saying and why…and they respect the message. I’m with Sarah Palin on this one; at least she isn’t treating the American people like a bunch of know-nothing bumpkins.