Free Range International (FRI) was invited by our favorite Hollywood insider, the lovely Kanani Fong, to review the film A War and as reward she put me in touch for an interview with the producer Tobis Lindholm . I set up on the Baba Deck started the film, and when it was over found myself just sitting in stunned silence trying to figure out why this film had upset me. I emailed Kanani who emailed the producer who emailed me the info to watch it again (it’s a one time password) and again I watched it, slowly and began to understand what it was all about. This film should be required viewing for every idiot political in the Western world who thinks it’s a great idea to nation build. 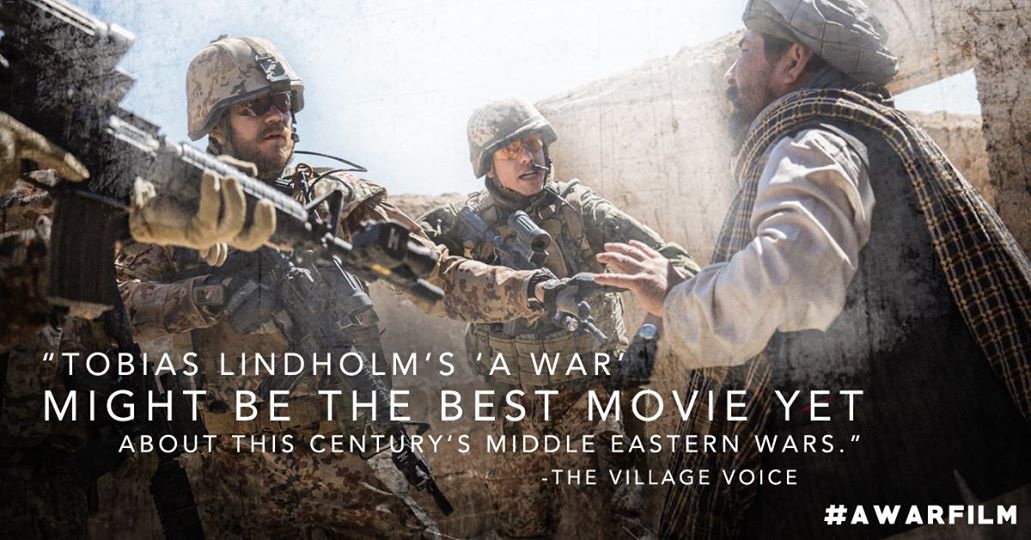 The cinematography, tight battle shots, clean story line and understated tone reminded me of another military classic, Breaker Morant. Breaker Morant exploded in popularity around the world and garnered too many awards to list here. I hope A War will have a similar reception. 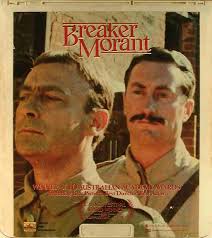 A War follows a Danish infantry company commander as he is prosecuted by his own government over collateral damage he may or many not have inflicted (this is never really established) and the toll it takes on him and his family. That the civilians sitting in judgment of him have no idea of the pressures or realities facing their fellow countrymen on the field of battle is an obvious plot line that is handled with tact. Directed by the talented Tobias Lindholm and staring Pilou Aesbeck (Game of Thrones) with a supporting cast of unreasonably attractive Danish folks, the film sucks you in and never lets go.

The movie is based, in part, on the prosecution of a Danish company commander charged with the illegal killing of 4 men he contends were planting IED’s near a Danish base in the Helmand Province on the night of October 23, 2011. The Staff Judge Advocate ended up dropping the charges when Task Force Helmand (the Brits) were unable to produce the evidence as promised. I think the issue was the credibility of the source or lack of a clean chain of custody from source to prosecutor. Regardless the case never went to trial but one can imagine the toll paid by the company commander in question.

The first half of A War introduces the Danish company commander Claus Pederson (played by Pilou Aesbeck) and shows why he has been charged with the deaths of civilians. We are introduced to the concept of PID (positive identification) during the exceptionally realistic combat scenes. We see the Danes paying scrupulous attention to their rules of engagement. We watch them allow clearly armed Taliban to move through their area unmolested. When an armed Taliban stops his motorcycle to plant an IED; they plant him, from 500 meters out, with two rounds into the 10-ring. These lads were good infantrymen, patient, talented and professional to a fault.

During one of the ensuing patrols all hell breaks loose when the Danes are sucked into a village that turns out to be a complex ambush. In order to get a medevac flight in to take his wounded out the CO (Pederson) calls in tac-air on one of the adjacent compounds from which he was taking fire. Week’s later Staff Judge Advocate officers show up with some photos, allegedly from the targeted compound, of dead woman and children. The company commander is immediately sent home to face trial for the deaths of these civilians.

At this point the fact that the Taliban fire died off after the compound in question was hit is irrelevant – the issue becomes did he know exactly who was in that compound when he smoked it and that, of course, is a question that would be impossible for any human in his position to answer.

As the trial progresses you want to hate the prosecutor and heap scorn or contempt on the three-judge panel but that’s impossible. The officers of the court come off as intelligent, reasonable people doing their jobs to the best of their abilities. They wear sensible earth toned natural fibers, ask reasonable questions, they are the kind of folks you’d like to hang out with in a fine restaurant talking about art or culture for an evening.

What makes this movie work is the character of Claus Pederson. He is sending an important message about, and aimed directly at veterans from both Iraq and Afghanistan. This was the intent of the producer who told me the idea for the film came after he read an article quoting a Danish infantry officer who was heading to Afghanistan for his third deployment. The officer was not afraid of dying at the hands of the Taliban but terrified, given the stringent rules of engagement (ROE) of being prosecuted by the government when he returned.

As we watch Pederson dealing with his court martial it is impossible to miss that he is demonstrating the only useful strategies available to combat veterans when returning home. You recognize that Pederson has the same dignified silence over the weight he is carrying that we saw in our WW II Veterans. Pederson is teaching important lessons the first of which is simple to say but tough to understand. When you get home from the wars you’re alone and you have to deal with that. Even when surrounded by friends and family you’re alone and that won’t change until enough time has passed for the memories to fade.

This is revealed in a subtle way which is why it comes across so powerfully. There are many times when Pederson is there but not there; when he slips out at night to stare at the stars and smoke a cigarette, when he tracks a helicopter flying through night skies. The moments are fleeting, the camera doesn’t linger, but you know what he’s thinking and for those of us who were there we know we did the same thing when we first came home.

Then we witness another important truth unmasked by Pederson and that is that nobody really cares or understands what happened to you. We see this in the reaction of Pederson’s wife when she learns of the dead children, the way the officers of the court remain unmoved by the detailed description of the desperate situation in which Pederson had to make instant decisions. They clearly don’t understand what he’s trying to tell them nor do they give a damn. Their concern remains only the concept of PID not the reality that PID could never be established given the situation on the ground.

For the OIF/OEF combat vet a majority of the people in your life will never understand, nor do they really care about what you did during your rotation. Many are uncomfortable around you because you saw the elephant. They believe that seeing the elephant results in life long psychological problems because that’s what Hollywood tells them. It’s not true but so often in America today perception becomes reality when it is reinforced by our media and Hollywood.

The third, and by far most important lesson Pederson reveals is that every problem you are now facing was caused by decisions you made. Period. Nobody else is responsible, nobody else is to blame and nobody else can fix whatever negative situation you are in. It was your decisions that got you where you are today and the only way out is on you.

Pederson is calm and collected while under enemy fire in Afghanistan and friendly fire in Copenhagen. He makes no apologies and holds no grudges even when his XO testifies in a way that was honest, yet damning. It is clear the he is conflicted by his experience and feel’s responsible for the deaths of civilians but not the woman and children he is being prosecuted for but rather a family that had sought protection inside his Combat Outpost;  something he could never allow.

This is a scene played out many times during our years of fighting in Afghanistan. I talked with a Marine who had been at a Combat Outpost (COP) that took in a teenage girl who had been beaten and was going to be killed by her brothers for talking to another boy on the phone without their permission. The Marines took the girl in and reported this up the chain. It went to the embassy for a decision and their decision was to to kick her out of the COP. The girl was released and we can assume (but don’t know for sure) suffered a hideous death. The men who took her in and then were forced to kicked her out have to live with that. I know the ambassador and his staff were no more thrilled about making this decision than I would have been but let’s be honest; in the grand scheme of things it was the right call. I’d rather we stick to principal but taking that girl in that could have (I believe would have) resulted in a province wide revolt. War forces men (and women) to make decisions that are right for both tactical and strategic reasons but wrong for the sole.

Back to the review:

If you’re a vet or a friend or family member of an OIF or OEF vet you need to watch A War. Claus Pederson will show you what it was like to fight in Afghanistan. More importantly, for vets and their families he will show you the way forward when you return.