A group of senators engaged on a ‘fact finding’ holiday stopped into Kabul to glad hand troops on July 4th and demand a “coherent plan” from the Trump administration. I do not like congressional junkets because they are prohibitively expensive, make the forces in the fight focus on hosting VIP’s instead of maintaining an external focus on the various villains they are there to fight, and they accomplish little other then promote grandstanding by the very politicians who helped get us in the mess that is Afghanistan.

My observations of these delegations both at the American Embassy in Kabul and out in the field with the troops are that our elected officials drink too much, take more ambien then is good for them, understand little of what is happening on the ground and are an enormous pain in the ass to host in the field. One of my closest Marine Corps friends banned me from talking to any CODEL after an inebriated John Bonner asked me (at the embassy in Kabul) how the war was going. He was getting both barrels when Dave coughed up an ambien, told me to shut up and saw the congressman to his assigned lodging.

Senator McCain, during his visit to Kabul yesterday, demanded a “Coherent Policy from Trump”  which indicates he is either stupid, because the policy is forming right in front of him, or playing politics with an administration he doesn’t care for too much. Good losers lose and they tend to resent winners as they age so McCain’s comments are par for the course and will have exactly no impact on the plan that is shaping up.

Everything you need to know about our future in Afghanistan can be found in these two places: the Enhancing Security And Stability In Afghanistan report to congress from the military last month and General Joe Dunford’s appearance at the National Press Club last week (which was awesome and a highly recommended podcast  that can be found on All Marine Radio).

The plan which we can see forming includes the recent deployment of the 3rd Squadron, 73rd Calvary Regiment, which is part of the 1st Brigade Combat Team of the 82nd Airborne Division from Fort Bragg. The 300 plus men of the 3rd Squadron have the following mission:

They will oversee security at a tactical base and serve as a quick reaction force in Helmand province, where some of the heaviest fighting of the past 16 years of war has taken place.

The squadron is part of a 1500 man deployment from the 82nd that is being sent all over the country, probably to fill a similar role. Portions of the 82nd have already arrived in the Helmand in the form of an artillery battery that deployed to both Lashkar Gah and Camp Shorabak. It’s safe to assume that is where the paratroopers will be deploying too giving TF Southwest a robust quick response force. 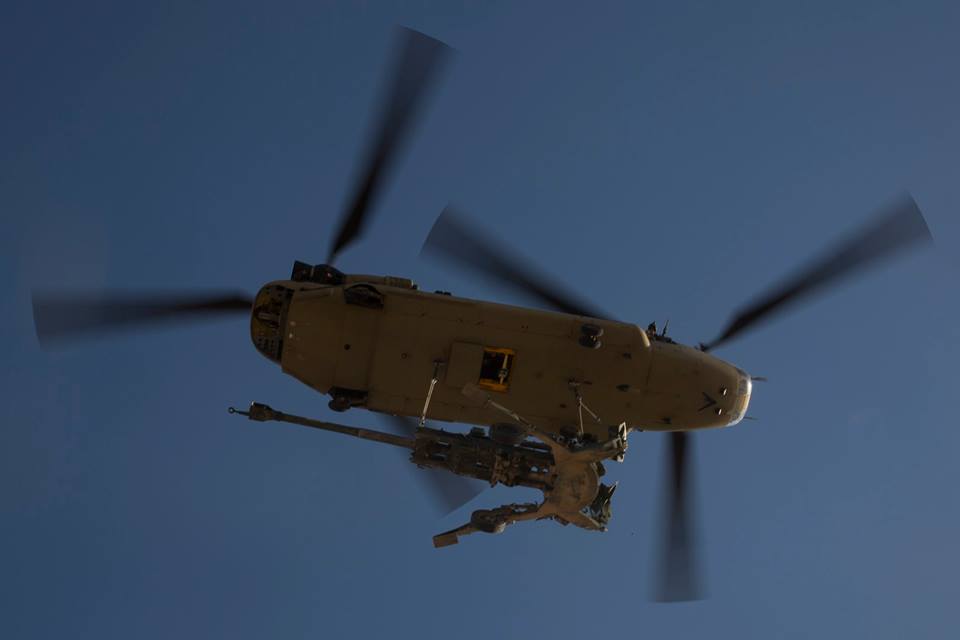 Along with artillery and a dedicated reaction force Task Force Southwest received some attention from on high when the Chairman of the Joint Chiefs of Staff, General Dunford visited Afghanistan as part of his ongoing assessment.

It appears Task Force Southwest is getting reinforced with enablers that it will use in support of Afghanistan National Security Forces (ANSF). That means members of the advise and assist mission plan to get out and about with their Afghan counterparts where they can control American fires with the requisite precision.

This is a good thing, the only way the Marines can make a difference is to reinforce the procedures they are trying to teach the ANSF with practical application. This also explains why we recently lost (in a green on blue attack) paratroopers assigned to the advise and assist mission during combat operations against ISIS-K  in Nangarhar province.

However today we learned that Pfc. Hansen B. Kirkpatrick, 19, of Wasilla, Ark., died July 3, in Helmand Province, Afghanistan, from wounds received during an indirect fire attack. He was assigned to the 1st Battalion, 36th Infantry Regiment, 1st Brigade Combat Team, 1st Armored Division, Fort Bliss, Texas. If the 3rd Squadron of the 73rd Cav from Fort Bragg is there how did we lose a grunt from the 1stBn, 36th Infantry who is out of Fort Bliss?

An even better question is why are we mixing Marines with soldiers on a mission where it would be advantageous to have just Marines or just Army assigned to it? Marines work better with other Marines because they know each other, have the same communication equipment and training and the Marine Corps is designed to deploy as their own air/ground/logistic task force. The 82nd Airborne is also, by table of organization, designed to deploy in an identical manner so why the mix and match?

My take is the mixing of forces has been born of the necessity to keep these training packages deploying, for seven months at a time, indefinitely. Afghanistan is not the only game in town as we are also fighting in Yemen, Syria, Iraq, the Philippines, probably Libya and who knows where else? We have our national forward deployed capable forces all forward deployed making it impossible for just the Marines or just the Army to do the Helmand mission. The timing of the flow into the Helmand is important too because it will allow a 2 month window to deploy the next Task Force Southwest while the artillery and reaction force remain in country.

Why are we planning to stay indefinitely? That argument is best summed up by Old Blue in a recent email exchange we had on the topic.

Sometimes those eggheads bring something useful to the table.

The chances of an outright win by the Afghan government are slim. The Taliban (catch-all) have too many of the prerequisites to win.  Short of a major change of heart on the Pakistani side, that leaves two potential outcomes, the most positive of which is a mixed outcome.

Back to the study, which demonstrated that time really isn’t on the side of the insurgency. In fact, the percentage of successful insurgencies declined over time.  The longer the fight went on, the likelier a government win or mixed solution.  What Obama’s ill-considered move did was breathe life into a very tired insurgency.  A few thousand troops won’t enable advising down to the company level, which is what we need to reset to, but it will show resolve.  That in itself will have an impact.  The mission will creep, based on input from those who will evaluate progress and needs, and the struggle will continue.  That is not a benefit to the Taliban, nor to their patrons.

Note on insurgency; they do not negotiate like nations do. Mao wrote the book on this stuff, and they have read Mao, trust me on that.  Mao said never negotiate unless it’s to paralyze your enemy.  There are two reasons to do so; to gain time and space to recover, or right before you deal them a death blow.  Negotiating in lieu of defeat is the one he really didn’t get to.  He wasn’t writing a book on how to lose an insurgency.  The insurgency will have to be badly damaged and finding itself outcast by the people, along with waning support from Pakistan.  That is doable with support.

The “mixed solution” described by Old Blue above is exactly the way I see things ending too. The current struggle for Afghanistan has a military and a civil component. I’m not sure what we are doing on the “civil” side but would be surprised if we were not working with tribes to split local Taliban alliances. If the international alliance is throwing its considerable weight into fracturing the various Taliban affiliates the NATO military approach will, with time, drive the ambient level of lawlessness down.

There is no winning in this scenario and there are, as of yet, no identified matrices that would indicate the job is done and it is time to come home. Which means we may never leave Afghanistan just like we never left Germany or Japan.

Is that a good thing for America? Probably not; as I have argued in many prior posts we should have smoke checked bin Laden (using our troops not war lord troops from Nangarhar province) and gone home in 2002. But we didn’t and I personally am encouraged to see we are staying. I like Afghanistan – I like most of the people in Afghanistan; were it possible I’d go back there and continue to help them.

What I’m not going to be able to do is go back to embed with the Marines in the Helmand province. I didn’t come close to raising the funds needed to do that but did raise enough to off-set my trips to Camp Lejeune and Washington DC which was phase one of the send Baba Tim back to Afghanistan project.  I also have failed to attract any media interest in sending me but have been getting some media exposure lately. Sometime this week I’ll get a copy of my second appearance on Tipping Point with Liz Wheeler on the OAN channel. Plus I’ll be the guest this week on the Reuters War College podcast. There still seems to be interest in Afghanistan but not enough to get the new or old media to send me.

I want to thank my friends and those of you who donated anonymously for supporting my go fund me effort. America is going to be in Afghanistan for years to come and I’m certain that at some point I’ll make it back to report the ground truth you are not going to hear from the legacy media. Inshallah.