One of the distinct pleasures of football free Sundays is reading  good books. I just finished another classic from Stephen Hunter about Bobby Lee Swaggart’s grandfather and the FBI which is apropos as the FBI is currently the subject of many different story lines in the 24 hour news cycle. There is the inconvenient story about our Russian obsessed media, unable to push the fake Russia collusion narrative, trying to provide cover to the democrats Fusion GPS opposition research firm. That would be the firm the FBI paid to get a fabricated dossier written by an alleged Brit spook. That would also be the firm who had several high ranking members exercising their 5th amendment rights in front of congress.

But that’s just the beginning. Based on both an eyewitness account and documents, The Hill report goes on to say that federal agents found evidence “indicating Russian nuclear officials had routed millions of dollars to the U.S. designed to benefit former President Bill Clinton’s charitable foundation during the time Secretary of State Hillary Clinton served on a government body that provided a favorable decision to Moscow.”

Who supervised this Russia investigation? Rod Rosenstein. Who was the FBI director when the Russia probe began in 2009? Robert Mueller. Who was running the FBI when the case ended with a whimper and an apparent cover-up? James Comey. And now these same guys are at the center of an effort to dig up dirt on President Trump? In what parallel universe does that pass the smell test?

I have little faith that justice will be served in the cases above because I have little faith that the rule of law applies to all citizens evenly. For example; Comey, while reading an indictment that would have seen me locked away for the rest of my life, then pulled the “but there was no intent” lie right out of his behind to clear Hillary Clinton. When he did that the fact that there are two sets of laws, one for the little people and one for connected elites was confirmed beyond a reasonable doubt.

My suspicions are based in experiences like one I had in Kabul back in 2009. I saw one of my former students from the Marine Corps infantry officer course during a trip to the American embassy and we had lunch the next day to do a little catching up. He was now an FBI agent working our of Southern California and was TDY (temporary duty) to the American Embassy for a 90 day stint. I asked him what he hoped to accomplish in 90 days and he replied that’s the way it was for the FBI adding that his wife would kill him if he stayed longer. He then asked if I could help recover the body of an American citizen who had been kidnapped and then killed by the Taliban in 2008. I told him the best way to accomplish this was to check into the City Hotel in Kandahar, have his contacts and my contacts offer a reward for the body, no questions asked, and we would have the remains of Cyd Mizell in under a month. The catch being we would need a way to confirm it was her quickly as we would probably be receiving dozens of bodies.

“We can’t check into a civilian hotel in downtown Kandahar” was his response. I told him that was too bad as they had the best chicken shawarma in Afghanistan. And then told him he could pay me an I’d sort it out for them. “We can’t pay you to do it….we’re supposed to do it”.  I wasn’t surprised. I remarked it was too bad Cyd Mizell didn’t come from a family with connections or I’d be down in Kandahar making sure her remains came home.

This story highlights the fact that the FBI cannot contribute to an investigation into the ambush of military members. Due to their conservative (to be polite) force protection posture they will not be allowed into the bush to see where this ambush went down. With their limited time on station (coupled with restricted movement outside the embassy security bubble) they will not develop the relationships or sources required to contribute to an inter-agency investigation.

I no longer trust the FBI to be an impartial arbitrator of legal vs illegal activity. The FBI is now a political operation with an agenda focused on protecting its senior members from the consequences of attempting to protect a criminal political class. It’s a shame; I have known and interacted with many FBI agents during my time in the Marine Corps and they were, to a man, dedicated, hard working professionals. But a fish rots from the head and there is clearly too much rot at work in the FBI.

The current level of interest in what happened to the SF team in Niger is as interesting as it is repugnant. The press and members of our ruling class are using it to score political points. The circumstances they are harping on are revealing. The SF team was traveling in unarmored trucks, they were outside the envelope of American supporting arms and tac air, they were recovered by contractors, nobody thought the mission important enough to brief John McCain who has become the most unpopular vet serving in the senate these days. That’s saying something given the stolen valor bragging of another vet senator, Richard Blumenthal, who fraudulently claimed service in Vietnam.

The one thing of which I am certain is that the Sahel region, which is the  biogeographic zone of transition in Africa between the Sahara to the north and the Sudanian Savanna to the south, has a serious Jihadi problem. This is another perfect set up for the use of contact military outfits (PMC’s) because they can spend years, not months in the area, they are orders of magnitude less expensive then American military and would prove much more effective for those reasons. There is a currently a huge increase in contractors being used in Afghanistan but there are not PMC contractors, they are contractors holding American security clearances and are assigned to every geographical command for use as targeting specialists, counter intelligence, training and maintenance and aviation support. The military cannot function without them but they are embedded inside the military support bubble and thus do not bring the cost saving found in PMC contracts.

There is no reason why the same companies supplying this manpower could not also supply mobile training teams that deploy into harms way. It’s cost effective and makes sense plus when these teams inevitably take some casualties they do not become political footballs to be kicked around by morons (like Frederica Wilson) who grandstand on the bodies of servicemen to garner political points and media attention. 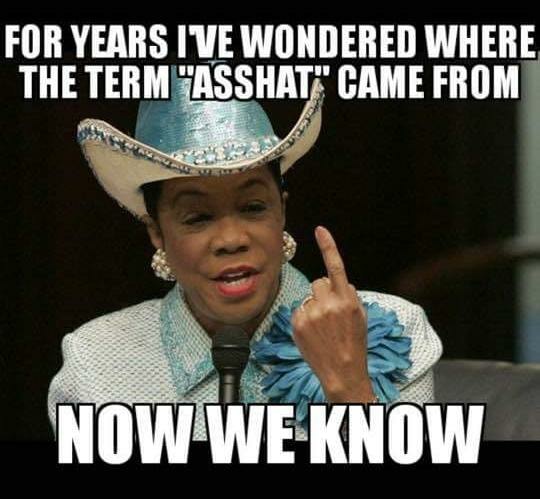 At some point in the near future the PMC solution will be implemented because the Pentagon is currently broken. The navy can’t drive its ships, the Marine Corps can’t fly its aging air fleet, the Air Force is forcing  retired pilots back onto active duty because it cannot keep enough pilots on active duty and the army is lowering it’s recruiting standards. Combat readiness is at historic lows but mandated training on sexual harassment, women in the infantry, acceptance of trans-gendered service members, suicide awareness, homosexual integration, alcohol and tobacco use….all the important stuff is 100% across the board.