The war in Afghanistan took a catastrophic turn for the worse when General Abdul Raziq was assassinated last Thursday (18th of October). He was killed after attending a regional security meeting with the commanding general for the NATO forces in Afghanistan General Scott Miller. The Kandahar provincial intelligence chief, Gen. Abdul Momin Hussain Khel was also killed. The governor of Kandahar, Zalmai Wesa, and Gen. Nabi Elham, a senior police commander responsible for several provinces were also hit as were two unidentified Americans. At this point it is a safe assumption that the wounded Americans were from Gen Miller’s PSD team. They’re high end contractors, not American military and so their names may never be reported as contractors are not normally included in DoD personnel reporting procedures.

General Raziq was from the Pashtun Adozai Achakzai tribe in Spin Boldak which is a port of entry with Pakistan. The tribe has always opposed the Taliban and Raziq had lost several members of his immediate family to the Taliban over the years. He got his start as a border guard at age 17 and steadily advanced through the ranks the way all warlords rise to prominence in places like Afghanistan. He was ruthless, efficient, a natural leader with a knack for making money; he hated the Taliban and was relentless in driving them out of his area. That attracted the attention of the American Special Forces and the CIA who mentored him for years. By  the time  the Americans pulled out Raziq was a general officer who was responsible for the security of Kandahar, the birthplace of the Taliban.  He locked Kandahar down, making it one of the safer cities in Afghanistan and he did it the old fashioned way; he didn’t take prisoners.

For this the foreign policy establishment condemned him. The most positive establishment spin is summed up well in a paragraph from a 2016 Foreign Policy article:

Considered by many as a “special case” due to his outsized and abnormal means of exerting influence and holding power, Raziq serves the interests of the state-building elite by crafting an image of strength and stability in southern Afghanistan, even if that comes at the expense of accountable governance, human rights, and long-term stability. Raziq road the coattails of a coterie of ruthless warlords empowered by western intelligence and security organizations like the CIA, U.S. Special Forces, and NATO military allies. He is a leading figure in the Achakzai tribe, a major power bloc along the southern border and strong auxiliary security component through formal and informal militias. Raziq grew up in Spin Boldak in southern Kandahar, and was mentored by strongmen such as Gul Agha Sherzai, Ahmad Wali Karzai, and Asadullah Khalid, who protected Raziq from prosecution when 16 Nurzai tribal members were murdered in 2006. Numerous stories link Raziq, or men working for him, to human rights violations, torture, and murder of prisoners. While such stories of abuse are disquieting, it seems even more alarming when Raziq openly boasts of such acts. In the summer of 2014, Raziq, along with other Afghan security officials, issued a take no prisoners directive: “My order to all my soldiers is not to leave any of them alive.”

There are very few military leaders who, if lost, cannot be replaced. Ahmad Shah Massoud was one and Raziq is the only other when it comes to modern Afghanistan. His loss is a crippling blow in a year that has not seen any positive news concerning the Afghan National Security Forces (ANSF). ANSF is taking casualties on the battlefield that are unsustainable. We have no idea what their true desertion rate is but can assume it’s not good in those formations that have taken a beating all summer long.

The most important election since 2001 in continuing despite sporadic attacks in polling sites. In Kabul a suicide bomber detonated inside a polling station in northern neighborhood of Khair Khana killing at least 10 people. The station is inside the upgraded Kabul Ring of Steel which is yet another failure on the part of the Kabul security forces who are being mentored by the Turkish army. 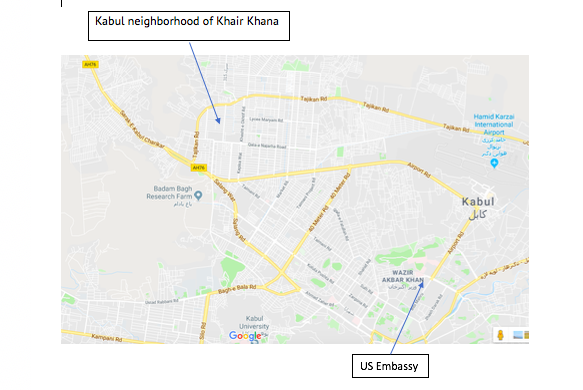 The established narrative is that the US and her allies are going to stay in Afghanistan and continue to train Afghan forces while helping them fight by providing enablers in the form of brigade level operational support, fixed wing close air support and ground to ground rockets. Over time the increasing proficiency of the ANSF’s combined with the casualties being inflicted on the Taliban will force them to realize they cannot win and thus come to the peace talk table.

Here’s a news flash for the credentialed elite who are leading our efforts in Afghanistan: the Taliban already know they cannot win. They don’t have to win, they just need to keep doing what they are doing and that is controlling the population where they can and pressing the government forces in the rest of the country. They don’t have to win to get what they want which is a degree of autonomy in the areas they control and  the areas they control seem to be increasing. 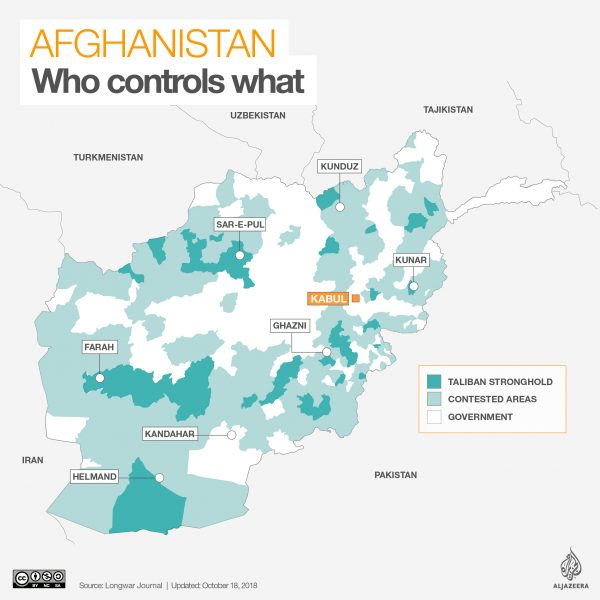 Any hope that the Taliban is going to reach an agreement with the government on anything other then their own terms is fantasy which you can see by their behavior. In 2011 the Taliban opened an office in Qatar to conduct peace talks. The US asked that they not do is use the name of the old Taliban regime in Afghanistan which was the Islamic Emirate of Afghanistan. The day the office opened they put up their sign identifying themselves as the Islamic Emirate of Afghanistan and that is what they are called to this day. Does that sound like a group who are looking for a way out of continued fighting? Of course not and they’re winning anyway so why even bother with negations?

There is a lot going on in Afghanistan and it is being driven by one simple fact: the burn rate for operating the ANSF and the central government is unsustainable.  The aid dollars that run the country are going to dry up soon but our operational strategy for Afghanistan is playing the long game. If we can keep the Afghans in the fight long enough they should, according to historical statistics, prevail.

Eric Prince has been in Afghanistan seeking local support forces plan to introduce contractor trainers down to the battalion level along with contracted air crews and air frames for close air support. President Trump also inserted a powerful player into Kabul in the form of U.S. Special Advisor Zalmay Khaliizad who was the ambassador to Afghanistan when I arrived in Kabul back in 2005.

Zalmay Khalilzad is popular with the Afghan people but I remember him mostly for the introduction of the SNTV election system which is why the elections going on today will be a gigantic mess. I wrote about this in 2011 saying: SNTV stands for single non-transferable vote and it is one way to ensure that opposition political parties cannot be formed or sustained.  Afghanistan went to the SNTV system after some sort of back room deal was cut between Karzai and our ambassador at that time Zalimay Khalizad.  Khalizad is an Afghan-American, fluent in the local languages who served here as Ambassador before being sent to Iraq to be the ambassador in 2005.  He did not last long in Baghdad and is now heading his own consulting agency at a time when an Arabic/Pashto/Dari speaking US Ambassador would be of great use to the administration.

If you want to read some in depth, original reporting on the inherently flawed Afghan election system check out this outstanding piece by Mattieu Aikins.

Kahlizad is not sitting around Kabul waiting for something to do. One would assume he is working closely with the ambassador and General Miller but who knows? He’s a deal maker and problem solver who had been known to go his own way for reasons unknown which is what I think the SNTV incident clearly shows.

I also hear, although I’ve found no verification yet, that China is most interested in assisting the Afghan military with tons of equipment, aircraft, trainers and both combat and combat service support. The combat service support piece is, to be honest, about 10 times more important than contractors advising at the battalion level. And I think having contractors take on that role is a good idea, particularly in the cost effectiveness category.

Unlike Mr. Prince the Chinese are self funding, and there are more of them, but my understanding is there is significant pushback from both the US and India on the matter. Which may not, in the long run, matter because the donor money has already started to dry up and that trend will continue. If the Chinese really want to come into Afghanistan and invest in both security and natural resource development I don’t see a better option.

As long as Secretary Mattis and General Dunford remain in their respective positions both the Prince and Chinese plans are D.O.A.  But both Kahlizad and President Trump are practical men who are not afraid of counter narrative options. The narrative is a product of elite thinking and the billions spent on credentialed elites, both in and outside the government, to think, has not produced in reasonable path forward. What the elites don’t think about is the fact that they have little idea what is happening in Afghanistan  outside the wire of our embassy and military installations. If they could get their brains around that and mitigate it maybe reality and the narrative would come in closer alignment.

But that ain’t happening and I do not believe the elites narrative will survive much more contact with reality.

5 Replies to “Reality Interferes With The Narrative In Afghanistan”